Haeinsa Temple, one of the Three Jewel Temples of Korea, is located in the heart of Gayasan National Park about an hour and a half west of Daegu. This huge temple complex is home to the Triptaka Koreana, 81,258 wooden blocks containing the whole of the Buddhist Scriptures which date back to the 13th century. 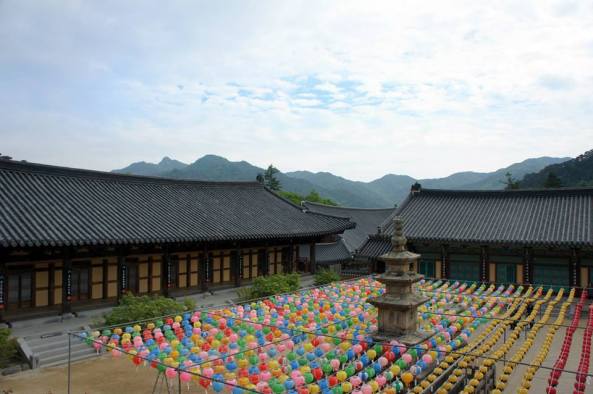 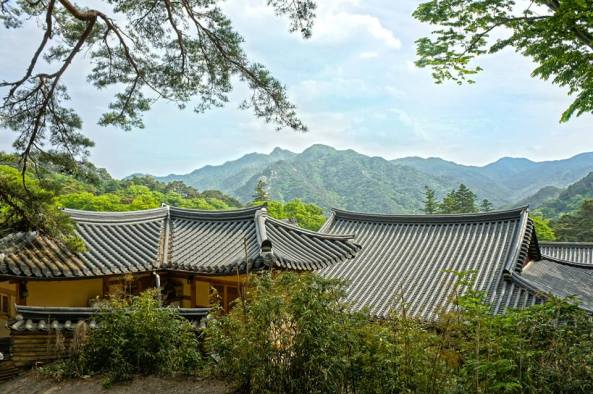 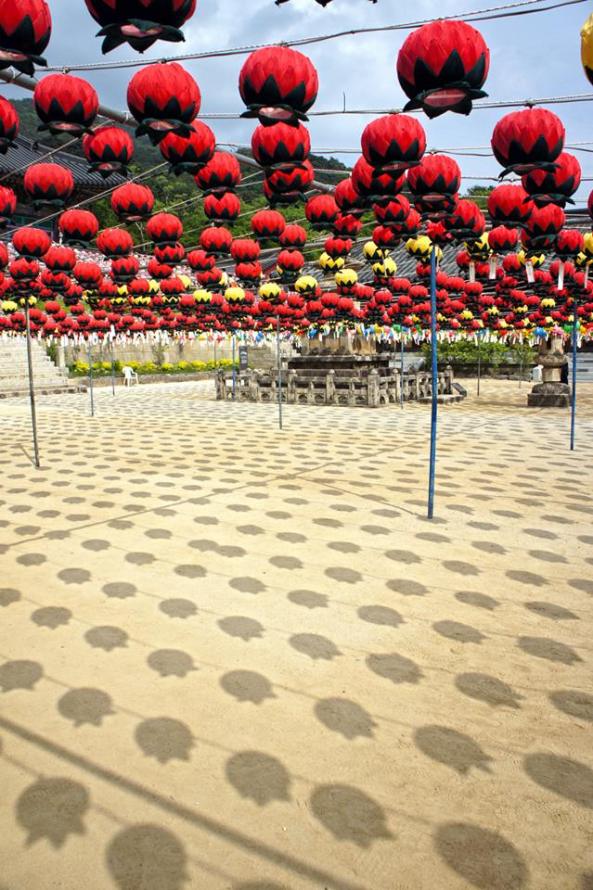 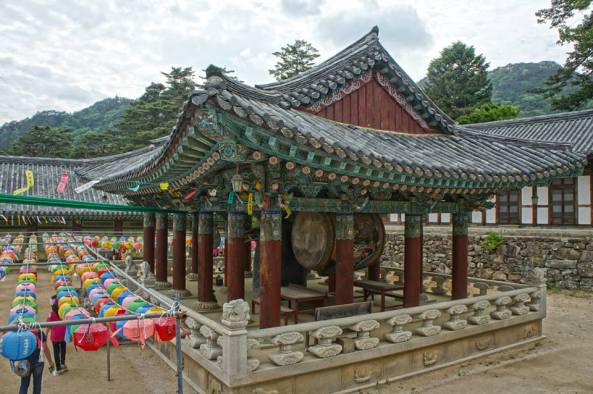 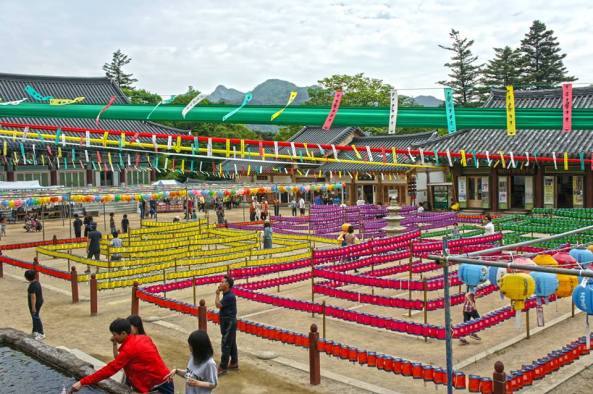 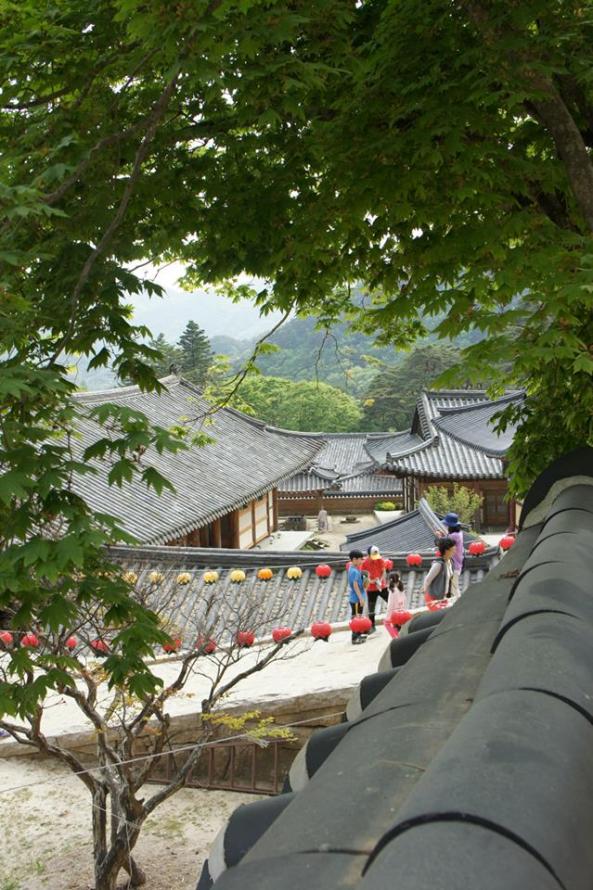 Another day, another threat. Long, vague, wordy statements reeled out one after another with all too familiar stock phrases such as ‘sea of fire‘ and ‘disastrous consequences‘. With joint US and South Korean military training exercises currently taking place and a newly elected President in the Blue House, Kim Jong-Un and his regime seem to have taken the bluster and hyperbole to a whole new level over the last couple of weeks. But despite the potential outbreak of ‘thermo-nuclear war‘, (Kim’s words, not mine) there is no sign of panic in South Korea and life goes on as normal.

Many Koreans have lived their entire lives listening to such threats, and the truth is that despite all the talk, North Korea’s threat-to-attack conversion rate is (fortunately!) very low. The general consensus seems to be that starting a war would be tantamount to suicide for the Kim regime. In fact, most people don’t even think that they want a war, but that they actually just want to be able to start negotiations for aid for their starving population and failing economy, and what better bargaining chip than a nuclear bomb. All these ominous threats and imminent rocket launches are seen as desperate attempts to be taken seriously and to get some attention, much in the same way that a petulant child might whine and stamp its feet until the older kids take notice.

For outsiders I think the situation looks a lot worse than it is, and most of the panic and fear-mongering is coming from several thousand miles away. Most Koreans seem remarkably unfazed by the presence of a tinpot dictator sitting on a reported stockpile of weapons just 30 miles away. However, every time I look at the Western news and read things written well out of reach of any nuclear weapon North Korea might possess, people seem to be genuinely afraid. I saw a headline on BBC News last weekend that proclaimed in big, bold letters ‘N Korea at war with S Korea‘. Well that’s been the case since 1950 so it hardly seems like news to me.

So to those of you (Mum and Dad!) waking up to headlines like ‘N Korea threatens nuclear war‘, don’t start sending gas masks and water filters just yet!

It’s fair to say that Korea has had a rather troubled history, and has struggled not only with outside invasions but also from threats within the peninsula. The War Memorial of Korea museum covers pretty much the entire history of Korean warfare, from the Three Kingdoms era all the way through to the Korean War and Korea’s involvement in the Vietnam War. It even shows what future warfare might look like, slightly concerning seeing as the two Korea’s are technically still at war. 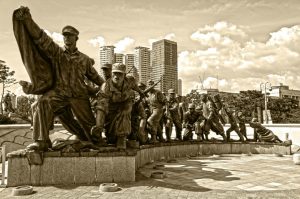 This huge museum located near Yongsan was once the headquarters of the Korean Infantry before being turned into a museum in 1994. In the outdoor exhibit, dozens of tanks, jets, and guns make up just some of the 13,000 items of military memorabilia and equipment housed in the museum. They even display a replica of the South Korean navy vessel sank by a North Korean torpedo in 2010. Unsurprisingly this makes it one of the largest museums of it’s kind in the world. 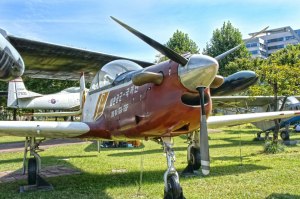 Outside the museum the Statue of Brothers serves as a poignant reminder of the division between the two Koreas. The monument shows two brothers standing on top of a dome, embracing each other. The older brother is an ROK officer and his younger brother is serving in the North Korean army, and their embrace takes place when they meet on the battlefield. The crack in the dome symbolises the division of Korea and the hope for reunification. 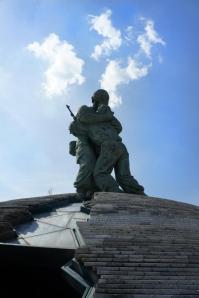 A visit to the War Memorial of Korea is essential for anyone wanting to truly understand the country’s struggle to get to where it is today. To get there take subway line 4 or 6 to Samgakji station and leave by exit 12. Walk straight and after about five minutes the museum will be on your left.

Ever looked at the man on the moon? Well, in Korea, and other parts of far east Asia, people can see the outline of a rabbit in the dark patches of the moon’s surface. The story varies in Chinese and Japanese folklore, but according to Korean legend, the rabbit on the moon, known as daltokki (달토끼), can be seen pounding the ingredients for rice cakes with a pestle and mortar. Both the rabbit and the full moon symbolise long life and prosperity so when you see a full moon, it is custom to make a wish.

But why a rabbit? According to a traditional Buddhist tale, the ruler of heaven comes down to earth in disguise. He comes upon a fox, a monkey and a rabbit and in a test of their faith, he begs them for food. The fox brings him a fish and the monkey gathers some fruit. However, the rabbit offers himself as food and throws himself onto the fire, but somehow he doesn’t get burned. The man reveals himself, and in honour of the rabbit’s selflessness he takes it up to the heavens with him, and imprints his image on the moon for eternity so people can look at it and remember what he was prepared to do.

Seodaemun Prison History Hall serves as a chilling reminder of the Japanese occupation of Korea during the 1900’s. Formerly used as a prison, the buildings are now used as exhibition rooms. Located in Independence Park in the north of Seoul, you can get to it by Dongnimmun subway.

Japan first tried to seize Korea in 1592, when nine separate armies raped, killed and looted their way across Korea. Temples and palaces were razed to the ground, and countless Korean treasures were stolen. Thousands of ears clipped from dead Koreans were shipped back to Japan where they were built into a big mound and preserved, to this day, as a memorial to this ‘war’. With help from Chinese troops, Admiral Yi Sun-Sin won a series of victories at sea and succeeded in pushing the Japanese back.

Records of the 5,000 activists who lost their lives during the Japanese occupation

However, Japan tried once again to colonise Korea at the end of the 19th century. After surprising defeats over both China and Russia, the path to take Korea was left open. It became a Japanese protectorate in 1905, then on August 29th 1910 Korea became a Japanese colony. 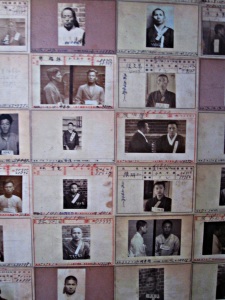 This was seen as a rather strange development at a time when most colonial empires had been broken up. What also made Korea an unusual colony was that it already had most of the prerequisites to be developed nation in its own right; a language, a culture and well established borders. 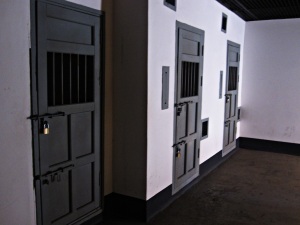 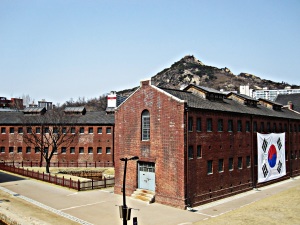 Some of the prison buildings

On March 1st 1919 the fight to reclaim Korean independence began, with the first public displays of resistance. The death, and suspected murder, of the former King Gojong and the public reading of the Korean declaration of independence in Seoul sparked a series of protests up and down the country. Over 2 million people participated in 1,500 demonstrations. According to Korean records 7,500 people were killed, 15,800 were wounded and 46,300 were arrested, although the Japanese figures are much lower. March 1st is now a national holiday in Korea when people remember the struggle for independence. 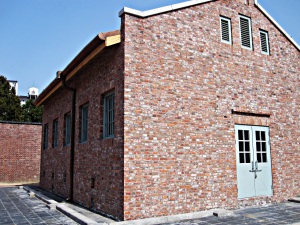 The building where 18 year old Yu Gwan-sun, one of the main leaders of the March 1st movement, was imprisoned and tortured to death

After many years of suppression and brutality, Korea finally achieved independence on August 15th 1945. The Japanese surrender to the Allied Forces liberated Korea from their colonial rule. 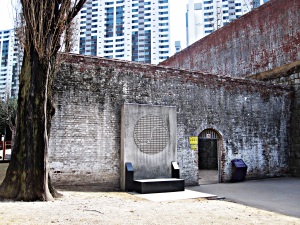 For most Koreans the Japanese rule was seen as illegitimate and humiliating, and to this day many Koreans, even the younger generations, resent the Japanese. My co-teacher often joins us when we visit places at the weekend but she said no to this. It would be too painful for her.

The rivalry between the two nations continues today as they compete with each other over technological advances, sporting achievements, and in particular over an uninhabited heap of rocks in the East Sea (Sea of Japan!) called Dokdo (or Takeshima!) that they both claim as their own. 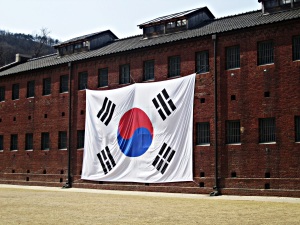 One of the prison buildings

Seodaemun Prison History Hall focuses on the treatment of independence activists and pro-democracy activities at the hands of the Japanese during this period. Several exhibition rooms explain the history of Seodaemun, the chain of events that led to the Japanese occupation,  and the various resistance movements. One room is dedicated to displaying the records of the 5,000 who lost their lives during the fight for independence.  You can also visit the underground torture chamber, the cells, the factories where prisoners were forced to make textiles, the execution building, and the building where Yu Gwan-sun, one of the main organisers of the March 1st movement was imprisoned and eventually died during torture.

This is undeniably one of the darkest periods of Korea’s history, and there is still a lot of anger, hurt and resentment, but one thing I did take away from Seodaemun Prison was a sense of hope. Reading the testimonies of survivors, and how many of them are still political activists, was inspiring. Hopefully Japan and Korea can continue to build a better relationship for the future. 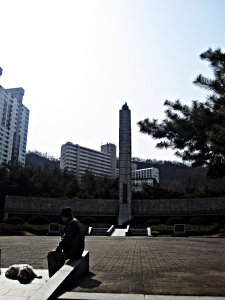 An old man and his dog at Independence Park 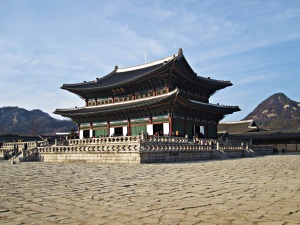 Last weekend we braved the cold (-10°C!) and visited Gyeongbukgung Palace, the ‘Palace of Shining Happiness‘, in Seoul.

It is the largest of the ‘Five Grand Palaces‘ in Seoul, built in 1394 by King Taejo of the Joseon dynasty. It was burnt down during the Japanese invasions in 1592 and lay in ruins until it was reconstructed almost 300 years later. Having been almost completely destroyed again by the Japanese in the early 20th century parts of it are still being restored today.

It is a huge, sprawling complex of banquet halls, throne halls, shrines and royal residential quarters set against an unusual backdrop of mountains on one side and high-rise office blocks on another. My personal highlight was Gyeonghoeru, a large pavilion in the middle of an artificial, snow covered, lake which was used for state banquets. Whilst the buildings were undeniably beautiful, the grounds seemed somewhat sparse, and it was hard to see past the reconstruction and imagine it’s history.