South Korea is currently preparing itself for one of the nation’s worst storms in decades. Typhoon Bolaven has already battered the Japanese island of Okinawa, and will shortly be hitting the South Korean island of Jeju before working it’s way up the peninsula, reaching Incheon at some point tomorrow afternoon. All schools in both Seoul and Incheon have been closed (a true indication of what to expect; most hagwon bosses wouldn’t close their doors even in the event of a zombie apocalypse), flights and ferries have been cancelled and the state disaster relief board is on it’s highest level of alert. 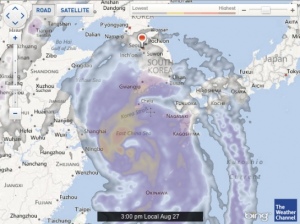 I won’t lie to you; I am just a teensy bit excited. This is after all my first EVER typhoon. However, I am also not ashamed to admit that I am rather afraid. I’m not entirely sure what to expect, after all, ‘typhoon’ Khanun in July would have been considered nothing more than a mild thunderstorm at home, but my co-teachers have definitely prepared me for the worst. The windows are taped up, the movies are on download, and the wine’s in the fridge. After a quick trip to Homeplus this evening I now have my Typhoon Bolaven Survival Kit on standby. 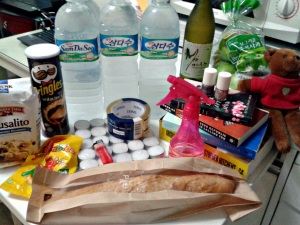 The wind is starting to pick up now, and there’s nothing left to do but sit, wait, and crack open the Jelly Babies…

Just two weeks after landing in Korea, Nath and I somehow qualified for an invitation to his boss’ sister’s wedding. As with many Korean weddings, it took place in a ‘wedding hall‘; a building designed purely for wedding ceremonies, complete with high ceilings, white drapes and extravagant chandeliers.

It was much more informal than any English wedding I’ve been to (all three of them that is!). As we arrived guests from several different weddings were milling around in the foyer, and people wandered in and out of the ceremony room even during the vows.

In many ways it was quite similar to a typical Western wedding, but what surprised us the most was how quickly it was over. The whole ceremony took 25 minutes, then we were led into the buffet hall as the next couple’s wedding began. I hate to say it but there was something slightly impersonal and conveyor belt-esque about the whole thing.

During the meal the bride, groom and their parents appeared on stage (to the Pirates of the Caribbean theme tune…) to cut the cake and say thank you before disappearing off to start their honeymoon on Jeju island. 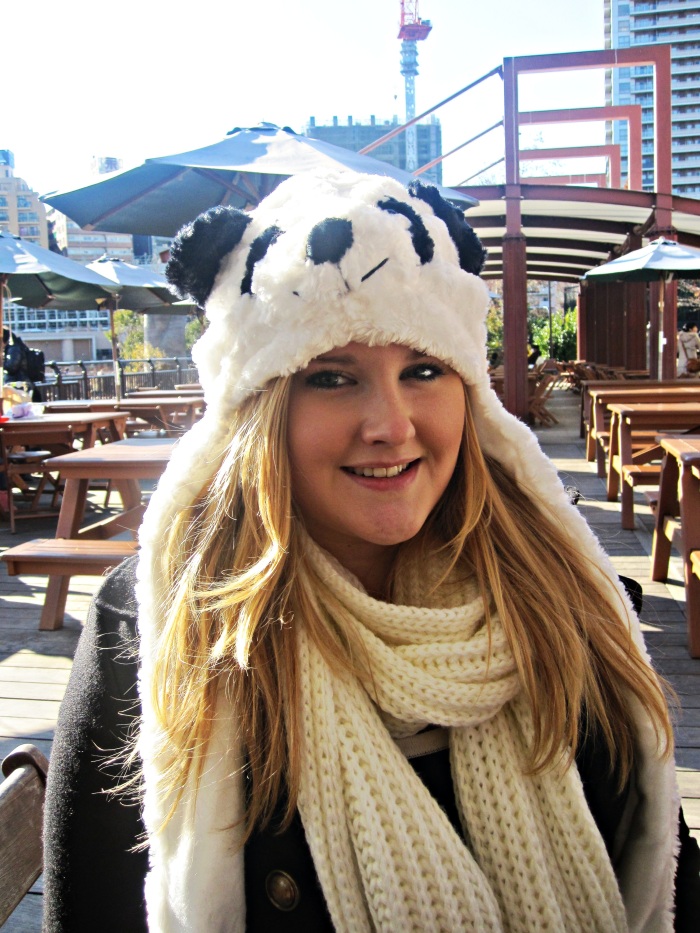